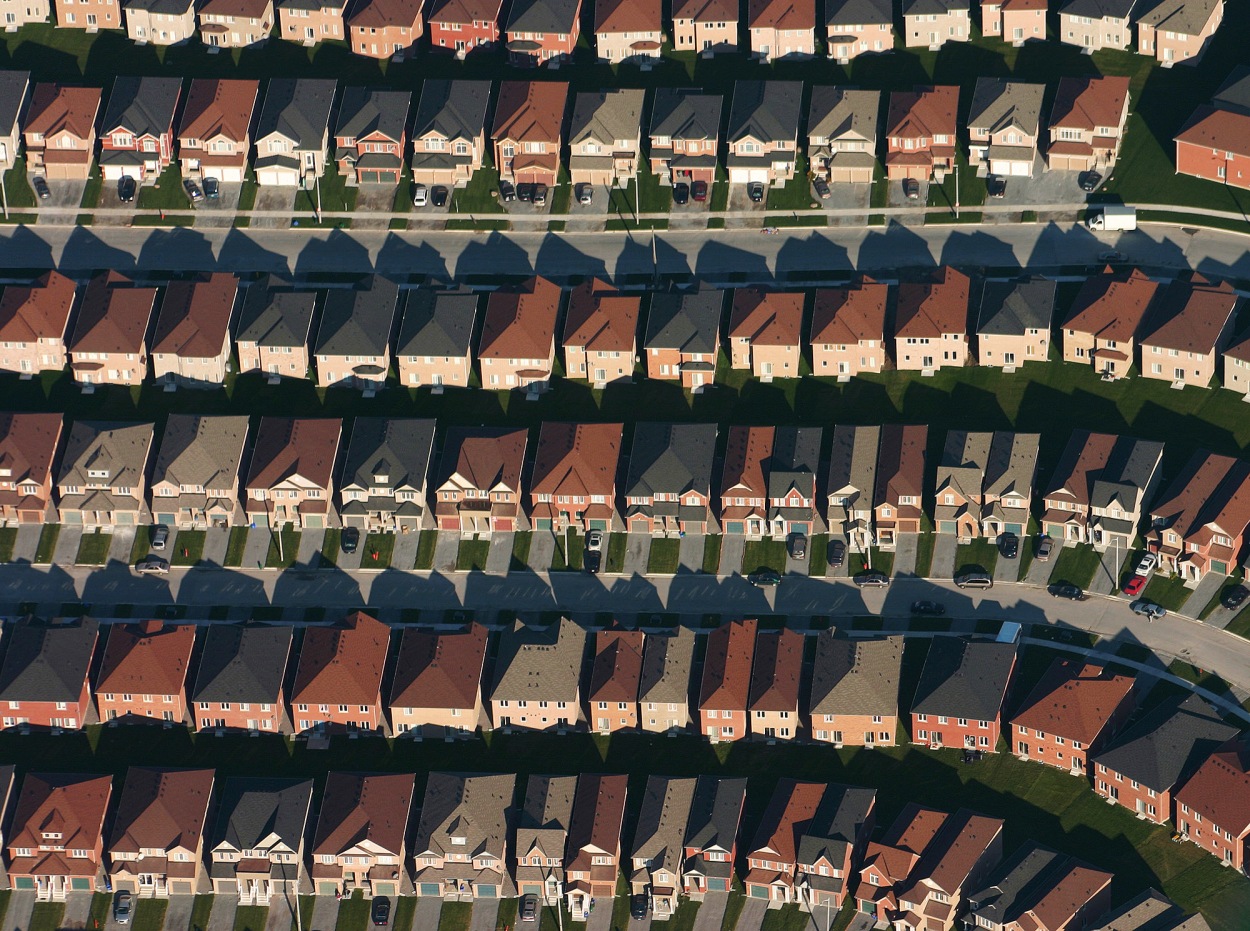 “Are you looking up where we’re going?”

“Well, it looks close on the map, but it’s actually pretty far. It’ll take us another half an hour.”

It’s the kind of explanation an adult easily gives. However, under Hegel’s analysis of the “three-sided” logic of a truth of any kind, it’s just the first stage or the “abstract” moment of the truth, characterized by “the fixity of the Understanding”: A is A; B is B. Map distances are one thing; real distances, another.

“Why does it look so close on the map?”

“Maps always show things smaller than they actually are.”

I felt indeed, as per Hegel, quite clear and “fixed” in my understanding. Children, however, are seldom afraid to take such a conversation down a boldly skeptical or critical path – especially if it means standing up against such evident injustice as this failure of the map in its representative task.

“The map should show the actual distance.”

“You mean actual life-size distances, like this street on the map should be as wide as the actual street?”

“So a map of Toronto would be the same size as the actual city? How could you even use a map like that?”

“Yeah, it would be as big as the whole of Toronto,” she confirmed, undaunted but starting to laugh.

And so we arrive at the second side or stage of the logic, the “dialectical” moment where Negative Reason declares, “A should properly be (or is in fact) B.” The true map of the world has to be the same as the world.

For example, and quite similarly: “A night in Minecraft should be just as long as a real night.” (This was from another recent conversation with another young master of Negative Reason. Indeed, the coincidence of these two conversations inspired my whole little study here.)

Such dialectical adventures, of course, are not reserved to children alone, although this kind of “indwelling movement outward” of whatever is “predicated by the Understanding” does seem to come more naturally to them. Turning to the realm of fiction, Jorge Luis Borges offers a famous account (1946) of this demand for “exactitude in science”: i.e., that a map show the actual distance. “… In that Empire,” Borges writes,

the Art of Cartography attained such Perfection that the map of a single Province occupied the entirety of a City, and the map of the Empire, the entirety of a Province. In time, those Unconscionable Maps no longer satisfied, and the Cartographers Guilds struck a Map of the Empire whose size was that of the Empire, and which coincided point for point with it. The following Generations, who were not so fond of the Study of Cartography as their Forebears had been, saw that that vast map was Useless, and not without some Pitilessness was it, that they delivered it up to the Inclemencies of Sun and Winters. In the Deserts of the West, still today, there are Tattered Ruins of that Map, inhabited by Animals and Beggars; in all the Land there is no other Relic of the Disciplines of Geography. (Wikipedia)

There are several interesting things about this story – not least of which the fact that it is written as a forged excerpt from an imaginary text.

Deadpan comedian Stephen Wright, whose comedy goes in for just this sort of paradox (see his “seashell collection” or “you can’t have everything” jokes), tells of a similar map (c. 1985):

I have a map of the United States. Actual size. It says, “scale: 1 mile = 1 mile.” I spent last summer folding it.

I also have a full-size map of the world. I hardly ever unroll it. People ask me where I live, and I say, “E6.”

In the Wikipedia “On Exactitude in Science” article, Lewis Carroll is credited with the earliest account (1895) of an actual-size map:

“What a useful thing a pocket-map is!” I remarked.

“That’s another thing we’ve learned from your Nation,” said Mein Herr, “map-making. But we’ve carried it much further than you. What do you consider the largest map that would be really useful?”

“About six inches to the mile.”

“Have you used it much?” I enquired.

“It has never been spread out, yet,” said Mein Herr: “the farmers objected: they said it would cover the whole country, and shut out the sunlight! So we now use the country itself, as its own map, and I assure you it does nearly as well.”

It is tempting to read all these stories through a comparative mythology lens, i.e., as all one and the same story – so that the mysterious elements of one text can be solved by relating them to elements from another “version of the myth.”

Why does the map survive only in the wild or less inhabited parts of the Empire?

Why, for example, does the map in Borges’ story survive, albeit in tatters, only in the wild or less inhabited parts of the Empire? Could we infer from the ending in the Lewis Carroll version that the 1:1 map was in fact “spread out” over the whole Empire – as is indeed implied within the Borges story insofar as an earlier map of the Empire actually “occupied the entirety” of a Province – and then was destroyed more completely in the more populated areas? Or (which perhaps comes to the same thing) should we assume that the final achievement of the Disciplines of Geography, before they withered away in the succeeding generation, was to make the Empire “its own map”?

This would be for Hegel the third logical side of the truth, the “speculative” stage where Positive Reason “apprehends the unity of terms in their opposition.”

How, though, is the unity to be apprehended? What does it mean for the territory to be used “itself as its own map” as Carroll puts it?

When I think, for example, of the actual Yonge Street in Toronto, as opposed to the Yonge Street on the map, it still forms a line (of pavement) with a label (or sign) posted on it: is it not thus a map of itself? Similarly, the park, my school, such-and-such mall, so-and-so’s building: these are all symbolic values not only given to the territory and marked on the map, but marked directly on the territory itself. The boundary of the schoolyard is a line on the map, but it is also a fence on the ground. Has the land not thus – as territory – already become its own full-scale map?

And yet at the same time, according to Borges’ story, this 1:1 map has disappeared, pitilessly delivered up “to the Inclemencies of Sun and Winters.” If the territory becomes the map, how does this also entail the destruction or abandonment of the map? It can only mean that, as territory, it no longer appears as a map. First, such evidently map-based designations as Wright’s living at “E6” (based on his 1:1 map of the world) are not actually used, but rather territory-based references to the actual grid of streets: “Yonge and Lawrence,” “Dundas and Parliament,” etc. But second, not only the map, but also the land, is replaced by territory. Territory can still be mapped, no doubt, but henceforth only as a kind of higher-order map of that which is already a map of itself.

The boundary of the schoolyard is a line on the map, but it is also a fence on the ground.

What then is the final logical form of this dialectic of map and territory?

At least one philosophical point remains. What is left of the land when it has become territory?

And finally, at least one hermeneutical point: what is to be made of the “Deserts of the West” in Borges’ story, where “still today, there are Tattered Ruins of that Map”?

I can’t help but think of Canada’s national and provincial Parks and our important national task of “preserving untouched  wilderness.”

To be continued … [see “Wilderness and Canadian identity“]

I would like to thank members of the Partially Examined Life Facebook group for suggesting the sources I’ve used in this article and for further helpful conversation on this topic.

References to Hegel are to the Encyclopedia Logic §79-82, also inspired by the PEL Podcast.