This post is part of a four-part series on logical reversal. The truth may lie on the other side or in the other direction, but there is more than one way to reverse a sentence: obverting, converting, inverting, and contraposing are four ways. 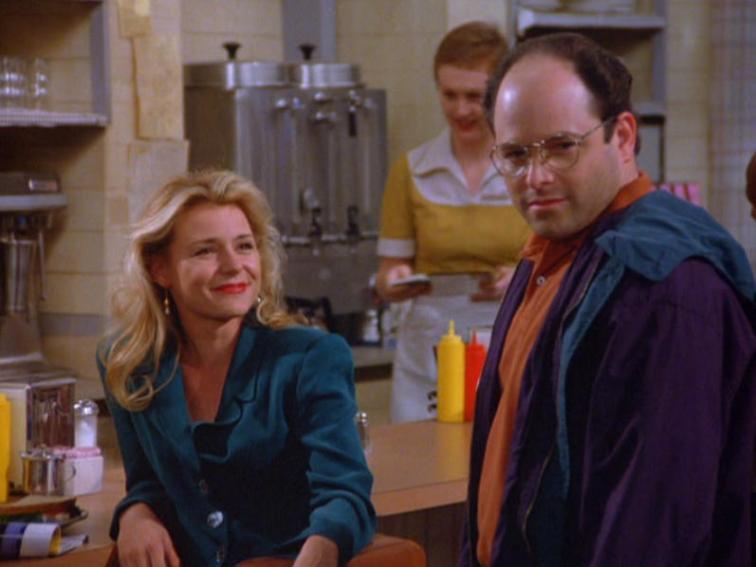 George: […] It became very clear to me sitting out there today, that every decision I’ve ever made, in my entire life, has been wrong. My life is the opposite of everything I want it to be. Every instinct I have, in every aspect of life, be it something to wear, something to eat … It’s all been wrong.

George : Yeah. No, no, no, wait a minute, I always have tuna on toast. Nothing’s ever worked out for me with tuna on toast. I want the complete opposite of tuna on toast. Chicken salad, on rye, untoasted, with a side of potato salad … and a cup of tea.

Elaine : Well, there’s no telling what can happen from this.

Inversion is a traditional logical operation on a sentence: it reverses both the subject and the predicate into their complements.

Simple inversion can be applied to a categorical sentence such as “All gold is metal,” but the inverse, “All non-gold is non-metal,” isn’t logically equivalent. And here it isn’t true: copper is non-gold but isn’t non-metal.

Aristotelian logic does propose a “partial inverse” as a valid immediate inference. After inversion of a universal statement, the partial inverse is obtained by subalternation of the inverse (reducing its quantity from universal to particular) followed by obversion of the subaltern. This triple manipulation transforms a universal affirmative (A-type) “All gold is metal” into the particular negative (O-type) “Some non-gold isn’t metal.” And it turns a universal negative (E-type) “No cats are invertebrates” into (I-type) “Some non-cats are invertebrates.”

Even in a less contrived case, E.L. Hicks (1912) argues that “All ruminants are herbivores” doesn’t provide sufficient ground to infer the partial inverse, “Some non-ruminants are not herbivorous.” It may be true, but can it be immediately inferred from the premise?

In the premise we are talking about cows; in the conclusion about lions. How can we infer anything about the food of lions, or any other non-ruminant, from the fact that cows eat grass? 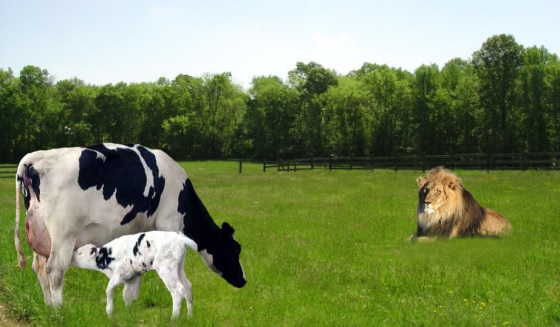 At issue in the contrived cases is the existential import of the partial inverse (its apparent claim that a category has actual instances). Traditional logic has a well-known weakness when it comes to empty sets (or universal sets, whose complements are empty), and Karl Schmidt (1912) argues that the partial inverse of “All A are B” is absurd only where B′ is empty “in the particular Universe of Discourse”; i.e., “Some A′ aren’t B” is a valid inference, provided B′ ≠ Ø.

Thus from “all ruminants are herbivores” it follows that “some non-ruminants are not herbivorous” – or there aren’t any non-herbivores.

In contemporary logic, the simple inverse is applied to conditional sentences, and is not considered a valid inference. The inverse of “If P, then Q” (P → Q) is “If not-P, then not-Q” (¬P → ¬Q). For example the inverse of “If it’s raining, I’ll bring my umbrella” is “If it’s not raining, I won’t bring my umbrella.” While it might seem to be a logical inference, it doesn’t follow by form alone. “If you swallow poison, you’ll get sick” doesn’t imply that “if you don’t swallow poison, you won’t get sick” (as if you could avoid illness simply by refraining from ingesting poison).

Wrongly inferring the inverse of a conditional statement is a fallacy called denying the antecedent, sometimes simply called the inverse fallacy.

Other meanings of the inverse

The inverse, in academic writing, does not always refer to the logical inverse.

An “inverse problem,” for example, is one that seeks to determine causes from their effects: what Smullyan calls retrograde analysis.

I now turn to a second and less familiar fallacy. Its diagnosis seems not to occur in any literature. I call it the inverse gambler’s fallacy.

… Think of a gambler coming into a room, walking to the fair device, and seeing it roll double six. A kibitzer asks, ‘Do you think this is the first roll of the evening? Or have there been many rolls?’ The gambler reasons that since double six occurs seldom, there have probably been many rolls.

In this case, “inverse” indicates (fallacious) reasoning about the past, rather than about the future: an inverse problem rather than a forward problem.

“Inverse” is also used to indicate the converse. Robert Sheldon, e g., in his outline for a 2001 course at the University of Alabama at Huntsville, asks his students for a first paper to consider the impact of science, especially Darwinism, on religion. He then asks for a second paper “to consider the inverse of the first assignment, namely, the impact of religion on science.”

Clearly, by inverse he means converse. Of course, for many statements, the two are logically equivalent, but even considering the sense of the statement (I take inverse and converse to have a different sense even if their truth value is equivalent) there is some justification for this other meaning of “inverse.” 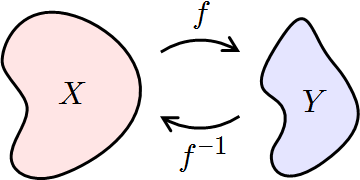 But even mathematicians are not entirely consistent in their use of the term. To invert a number, for example, means to turn it over, forming its reciprocal, or multiplicative inverse: thus 7⁄10 is the reciprocal of 10⁄7.

In this sense of inverse as reciprocal, one can say that two quantities have an “inverse relationship” when their product is constant. For example, if one quantity is tripled, the other will be cut to one third.

Confusion between the mathematical meanings of reciprocal and inverse is also evident in their French translations. The inverse (la réciproque) of the sine function is arcsin, whereas its reciprocal (son inverse) is cosecant.

In reality, it is only as an effect of our senses that we have ideas: it is only through modification of our brains that we think, will, act. (Sensationalism and physical determinism are fused by him.) From this, a verification principle, in effect, of meaning is extracted and declared to be but the inverse of Aristotle’s dictum about what is in the mind being found first in the senses. If a word or idea refers to nothing sensible, then it is meaningless.

Änne Söll’s, in her 2014 article, “Fashion, Media, and Gender in Christian Schad’s Portraiture of the 1920s,” describes the relationship between portraiture and fashion:

Schad’s portraits of fashionable ladies and starlets were also used as covers for magazines such as Die Dame, Jugend, and Sport im Bild, as the portrait of actress Mulino von Gluck from 1930 shows (Plate 23). The employment of portrait painting as covers is indicative of painting’s status as the superior artistic medium. Yet, portrait painting was never considered a medium for fashion but rather the inverse. The portrayal of fashion was thought to be a by-product of portrait painting, since its main aim was to convey the personality and soul of the sitter, not the extravagance or banality of his or her attire. 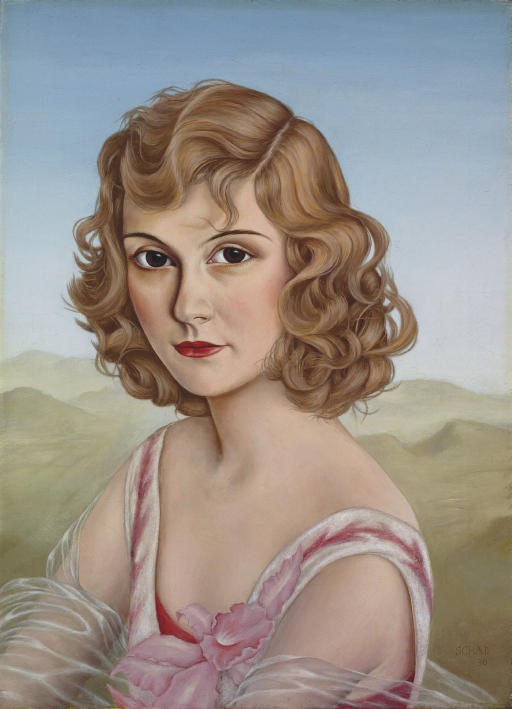 Here again, the logic might better be described as the contrapositive, or modus tollens. If fashion drove portraiture as its medium, we’d expect attire to be prominent in portraits (F → A). But portraiture in fact had other chief aims (¬A). Therefore, fashion did not drive portraiture (∴¬F).

But there is also a heavy accompanying sense of conversion as fashion and portrait painting switch sides around which serves or produces the other.

It seems in academic argument there is some breadth of meaning of inverse, and one shouldn’t always understand this polyvalent term to mean the logical inverse. Sometimes a more general turning on its head is intended, sometimes a retrograde analysis, sometimes the contrapositive, and sometimes the converse, especially when it has this sense of a converse relation – as in the mathematical inverse.